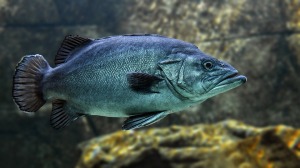 Omega-6 and Omega-3 and Brain Health

Fat is a key nutrient in our diet and is often the first thing you may note on a food label. Most foods contain a mixture of many different types of fat: the commonest are saturated, monounsaturated, polyunsaturated and trans fats. Are some good and some bad.? This conundrum is often debated among nutritionists and still a definitive answer remains elusive.

What kind of nutrients are best for keeping our brains healthy?

Can lifestyle factors including diet help to prevent or alleviate the signs of dementia and neurodegenerative disease? Lately there has been an interest in examining some imbalances in the U.S. diet that may be influencing the onset and/or severity of these diseases.

Recently there was a major published study that looked at the effects of certain foods and food components on cognitive functioning titled “Nutrient biomarker patterns, cognitive function and MRI measures of network efficiency in the aging brain.”  A group of elderly Americans (n = 116 heathy adults with an average age of 69) underwent cognitive testing, MRI scans to assess brain function, and blood tests to assess nutrient status.

Conclusion of the Authors:

These findings contribute to “the development of novel nutritional therapies for the targeted treatment and clinical management of cognitive and neurological impairments in the aging brain”.

What exactly are the omega-6 and omega 3 fats?

We have to begin with the polyunsaturated essential fatty acids, linoleic (omega-6) (LA)  and alpha linolenic acids (omega-three) (ALA). They are called essential because they cannot be made in the body and must be acquired from the diet.

Linoleic acid (LA) is required for growth, healthy skin and normal functioning of the reproductive system and is a structural part of cell membranes.  Foods high in omega 6 fats include unhealthy foods like processed snacks, fast foods, cakes, fatty meats, and cured meats. Other omega 6 foods are healthy including tofu, walnuts, and peanut butter. They are also prevalent in vegetable oils, like corn oil, safflower, sunflower and soybean oils. Linoleic acid is converted in the body to another fatty acid called arachidonic acid (AA). Food sources of AA include meat, poultry, and eggs. The adequate daily intake (AI) for omega 6 foods is 17000 mg per day.

EPA and DHA are found in fish, krill, and algae oil capsules as well as in fatty fish like salmon, tuna, sardines, mackerel, herring and trout. The AI for omega-3 fatty acids is 1.6 grams (men) and 1.1 g (women).

Arachidonic acid and EPA are necessary for making hormone-like compounds called eicosanoids that participate in regulation of blood pressure, blood clotting, inflammation, and a host of other important body functions.

What is the omega-6/omega-3 ratio?

The optimal 6 to 3 ratio approaches 4:1 that may be difficult for some people in our current food environment to achieve, so we try for 4:1 in hopes of realistically attaining less than 10:1. On average in the U.S., the omega-6 to omega-3 ratio is a disastrous 16:1. Soybean oil is so ubiquitous that an astounding percent of calories in the American diet (especially processed foods) are estimated to come from this single omega-6 source.

How Do Eicosanoids Affect Health?

Omega-6 fatty acids produce eicosanoids that tend to favor higher blood pressure, more blood clotting, and inflammatory compounds in the body.  They are often referred to as “bad” eicosanoids.

Eicosanoids from omega-3 EPA can diminish the effects of the “bad” eicosanoids by producing opposing compounds that will help tip the ratio back to a more favorable eicosanoid environment in the cell.

Another way to improve the fatty acid ratio is to help block excess arachidonic acid formation. By making sure your body has an adequate amount of EPA that acts as an inhibitor of the enzyme that can produces the “bad” eicosanoids.   The higher the EPA in the diet, the more the enzyme is inhibited, and the less “bad” eicosanoids are produced.

The problem with vegetable oils

Vegetable oils that turn rancid easily have been used since lard was designated as having a high saturated fat content when the low-fat craze to prevent heart disease was in full swing. The troubled history of these oils has never been resolved.  In a series of workshops in the 1980’s, it was observed that using diets high in soybean oil showed subjects dying of cancer at very high rates. Gallstones were also associated with diets high in vegetable oils. Subsequent research demonstrated that these oils that are high in omega-6, compete with the healthier omega-3’s found in fish virtually at important spots in every cell membrane throughout the body, including those in the brain. (Nina Teicholz, The Big Fat Surprise).

The vast amount of omega-6 that has entered our food supply via vegetable oils appear to have literally swamped the omega-3’s (the supply of which has remained relatively constant over the past century. (Teicholz,  page 275-6). Conversely, the American Heart Association encourages Americans to eat more vegetable oils due to their ability to lower LDL-cholesterol (the bad cholesterol.) So the debate on “healthy” oils will continue to the confusion.

Nonetheless, excessive intake of polyunsaturated fatty acids, including omega-3 and omega-6, has several risks. The double bonds in the fatty acid molecules are very reactive. They tend to react with oxygen, forming chain reactions of free radicals. These free radicals can cause cell damage, which is one of the mechanisms behind aging and the onset of cancer.

If you want to improve your ratio of omega-6 to omega-3, it’s probably a bad idea to eat a lot of omega-3 to compensate. Having a relatively low, balanced amount of each is best. Using olive oil in salad dressings and coconut oil for cooking is recommended. Olive oil contains monounsaturated fat and coconut oil is more stable since it has more saturated fat content.

What to Take Away from all this:

Both omega-6 and omega-3 fatty acids are important structural components of cell membranes, serve as precursors to eicosanoids and provide a source of energy. Long-chain omega-3 polyunsaturated fatty acids in particular exert anti-inflammatory effects; it is recommended to increase their presence in the diet.

The long-chain omega-3 fatty acids, eicosapentaenoic acid (EPA) and docosahexaenoic acid (DHA), can be synthesized from ALA, but due to low conversion efficiency, it is recommended to consume foods rich in EPA and DHA or consume fewer omega-6 foods.

Some but not all observational studies using supplements have found fish intake to be associated with lower risks of cognitive deterioration and Alzheimer’s disease, but it is not yet clear whether supplementation with marine-derived omega-3 PUFA can help prevent cognitive decline. There is a great need for intervention studies, especially with DHA to determine if improvements in brain health will occur. The Rancho Bernardo Study of Healthy Aging found a protective effect of DHA from diet on various aspects of cognitive decline and/or dementia.

Best to cut down on omega-6 foods (processed and junk foods), add a couple of fish meals a week, use olive oil for salads, coconut oil for cooking.

This site uses Akismet to reduce spam. Learn how your comment data is processed.